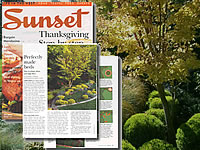 Owner, Nikos Lynch has contributed to articles such as Getting Started in Your Garden by Angela Signorelli, and Pondless Waterfalls by Andrea Gifford. Mr. Lynch has also been a featured speaker at the central coast Home and Garden Expo for the last 4 years, speaking on topics such as Gardening with Feng Shui and Fall Color.

In 2013 Terra Bella Landscaping won the people's choice for best landscaper according to the GoodTimes readers poll.

Terra Bella Landscaping was recognized with an award in special effects lighting and large residential installation for a home in Capitola, CA.

In 2007 Terra Bella Landscaping received an award for a custom residential water feature installation we did at a private home in Aptos, CA.

The Seascape issued 2003 Beautification Awards and Terra Bella Landscaping was awarded: Winner of the Excelsior Award. We are excited to have received this wonderful award and want to thank the Seascape as well as our customers who make it possible for us to do award-winning projects!

Service to the Community

Terra Bella Landscaping is actively involved in community projects including the following: 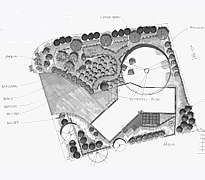 Answer a few questions and get a free estimate for your project! 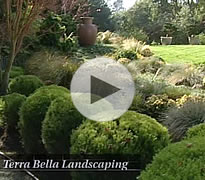 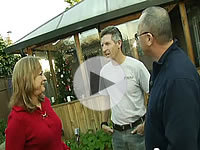